Herman Melville’s great-great-great granddaughter, Austin playwright Elizabeth Doss, uses the author as a subject to speculate on the line between utter genius and epic failure in us all. Poor Herman unearths the life of Herman Melville, who arguably wrote America’s best and worst novels back to back in the 1850 and 1851. The production considers what compelled Melville, struggling to salvage his declining reputation while trying to feed a growing family, to write a virtually unreadable book, Pierre or the Ambiguities, in the aftermath of Moby Dick’s initial failure with critics and readers. The play gives voice to the unsung people in his life, chiefly his mother, wife, sisters, and daughters who each contributed to his fame and flourishing, and endured his decline and demise. While hindsight now celebrates his achievements, paper chairs will investigate what it cost him to make history.

Performed in May of 2016 at The Off Center, featuring: Courtney Hopkin, Alexis Scott, Diana Lynn Small, Megan Tabaque, and Rama Tchuente. 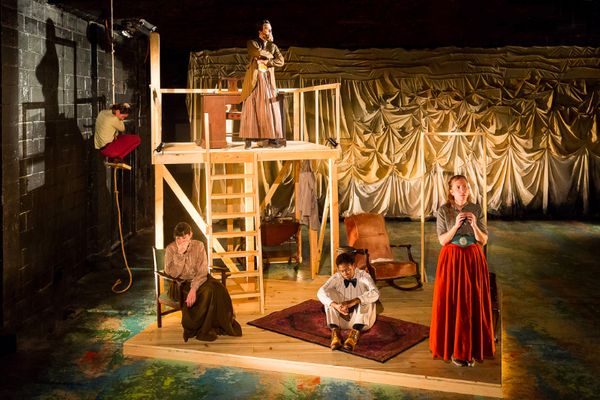 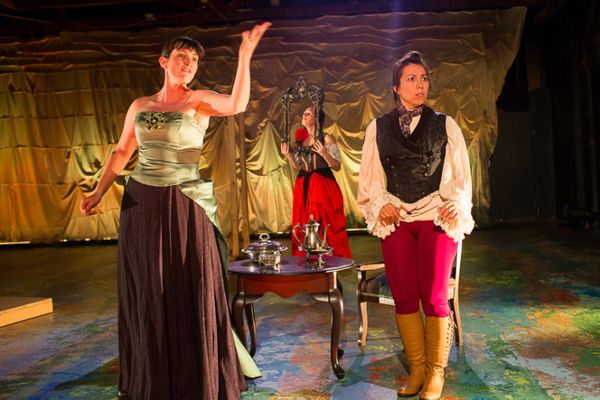